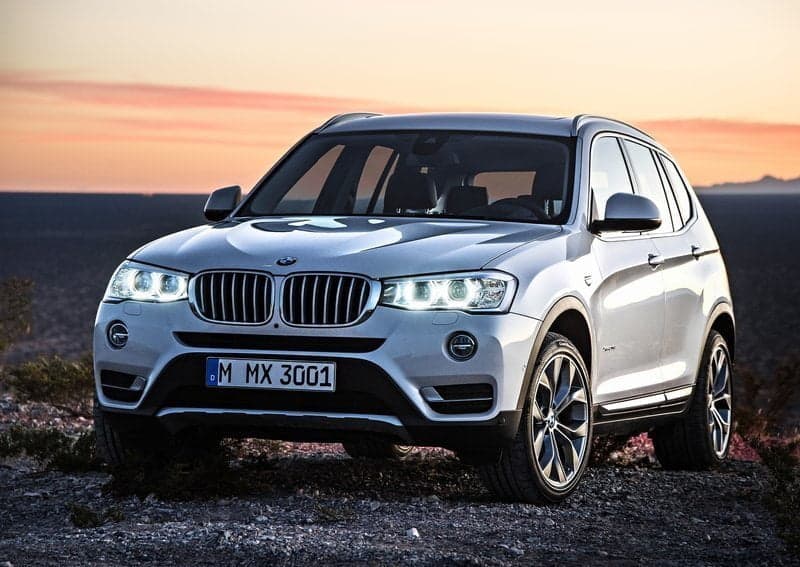 BEWARE! Buying Cars With The Servicing Included In The Purchase Price

It’s called Pre-Paid Service and it’s what BMW and other car manufacturers are now offering their customers when buying new cars. It’s quite common these days when buying a new car that the servicing costs are included in the price of the car.  Well I won’t hide the fact that this is certainly a threat to our business because a large portion of the cars we work on are less than three years old and still under warranty, so it makes sense that Pre-Paid Servicing is bad for our business.

Of course I’m all for people getting a better deal and saving money where they can, but what I want to make sure is that the public are making an informed decision and not falling for any hype or misconceptions, or worse still, paying more than they should. Pre-Paid servicing is simply that; service (and some repairs), paid upfront for the next three to five years.

Is anything really free? Not really.  When I bought my BMW X3, I asked the salesman if there was any servicing in the deal, he indicated that there was that option but I would have had to pay for it, so it wasn’t free at all!  In fact, we negotiated and I paid about $1500 less for the car because we bought it without the servicing included!  The worst part was that if I didn’t mention it, he would’ve just sold me the car with the service plan, with total disregard to my personal circumstances (more about that below).

How Do We Get It?

These BMW Pre-Paid service plans are called Service Inclusive packages.  To be eligible the cars need to be brand new or less than 12 months old and not had any services yet.  These plans also begin from the date of the first registration.

Are there Any Advantages or Disadvantages?

I thought the only way I could benefit is if the cost of the Pre-Paid Service plan would be less than if I was to pay for the servicing normally, so I did a ton of research and discovered a lot about this new concept.

I suppose the biggest advantage is that the Pre-Paid Service amount could be packaged in the price of the car and included in the finance payments and that sounds pretty convenient, but then I thought about it and came up with the conclusion that if I included the Pre-Paid Service through the purchase of the car, I’m also going to be paying interest on the service component, which is not good.

A big disadvantage is that you cannot get your money back if you have to sell the car or if it gets written off before the contract expires, however it is transferable to the new owner.

My calculations discovered that if you were to travel an average amount of kilometers per week and wanted to take the car back to the dealer for service, you could actually be better off under one of these plans compared to paying the normal dealer prices, which is a good thing.

“if I didn’t mention it, he would’ve just sold me the car with the service plan, with total disregard to my personal circumstances”

One advantage to pre-paying would be that the prices are locked into today’s prices and shielded from future price rises.

On the other hand, I also discovered that if you were to take your car to an independent service centre like BM Tech, in most cases and depending on which plan you have, and the amount of kilometers you travel per week, you would come out spending less than if you pre-paid for a service plan from the dealer!

BM Tech could therefore be a viable, cost saving option – especially since we service all of our cars by the book and using original parts, meaning that there wouldn’t be any difference in quality.

What Are The Different Plans Available?

The BASIC Plan covers all levels of servicing as indicated on the Condition Based Service (CBS) computer, but excludes brakes, clutch and wiper rubbers. This plan includes, scheduled Oil Services, Vehicle Checks, Brake Fluid changes, Spark Plugs, Micro-filters as well as Air Filters. It’s also important to note that BMW service intervals are every 25,000 – 30,000 kms, so if you are after an “in-between” oil change, then you would have to pay extra for that!

The PLUS Plan includes everything as in the Basic plan but also includes brake pads and discs, and wiper rubbers (wiper rubbers only with an oil change), and would you believe a worn clutch!

Another little quirk which will definitely go against the Pre-Paid Plans is that the PLUS plans seem to be priced on the assumption that the brake discs or rotors will always need to be replaced when the pads are due; as many of you already know, this is not always the case!  If you pay for a PLUS plan but it turns out that discs are not required on your car during the plan period, then you will almost certainly end up paying significantly more with the Pre-Paid Plan than if you serviced it with BM Tech; it really is a gamble sometimes!

I have created a table based on the new and popular 2018 BMW X3 30i G01.  It shows the different Pre-Paid Service plans and I’ve compared them to two driving distances, 100 kms per week and 380 kms per week to show the differences.  Our (BM Tech) customers, who mainly reside in the Melbourne metropolitan area, usually travel an average of 100 to 150 kms per week. This guide indicates how much you would save or lose if you were to take your car to BM Tech for service compared to purchasing or rather buying a car with a Pre-Paid Service plan from a dealer.

How Do I Know When The Services Are Due?

Assuming you drive your car sensibly, Oil Services on BMWs and Minis are usually required at around 25,000 to 30,000 kms (this is way too long but that’s another story), and brakes are normally replaced at around 40,000 – 50,000 kms, so my calculations are based on these assumptions.  Time based services like Vehicle Checks and Brake Fluid flushes are performed every 12 and 24 months respectively.

My calculations are also based on when the services are normally or likely to be due.  This is not an exact science because the BMW Condition Based Service (CBS) computer uses sensors to monitor the condition of the worn parts to ascertain the extent to which servicing is necessary.

What About Normal CPI Increases?

It’s important to note that the BM Tech service costs also take into account estimated CPI increases each of 2.5% PA, but actual increases could of course be more or less than this.

The Results Are In.

As you can see, my calculations have indicated that if you drive less than the average kilometers per week, then you would be better off not having a Pre-Paid service plan. Buying the car for a cheaper price by not paying for the Pre-Paid plan, and having BM Tech service it, you would be financially better off over the 3-5 years. If this sort of usage matches how you use your car, BM Tech is likely to be a winner.

However, if you were to drive more than 200 kms per week, then the Pre-Paid service plan would be a good option.  The table highlights the fact that the more kilometers you travel per year, the more likely you are to get value out of a Pre-Paid Plan.

“if you were to travel the average or less kilometers per week, then BM Tech would be a good choice”

To summarise, I suppose I have to admit that these plans are kind of okay if you intend to travel lots of kilometers, but then again, if you were to travel less than the average kilometers per week, then BM Tech would be a good choice.  If you intend to only ever have your car serviced at the dealer, a Pre-Paid plan is worth considering.

What I find very interesting is that the Pre-Paid Plans don’t seem to be too cost effective for cars which travel below the normal average kilometers, which makes me think that the manufacturer has carefully designed and calculated the price of the plans to ensure that they are not unduly disadvantaged!

It’s also important to note, that if you were wanting to have that ever important, “In-Between Oil Service” carried out, then you would need to pay for it. This is because these, “out-of-routine” services are not part of the contract plan. My advice would be to seriously consider changing the oil more often regardless if the car has a service plan or not; it’s better for the engine and better for maintaining resale values!

So What’s Best For Me?

My thoughts, based on my research and calculations, would be to keep your money in the bank, let it earn interest (or pay down some of your mortgage) and then pay for your servicing maintenance as-you-go – you’ll more likely be better off financially, but then again I am biased!

A few tips when buying a new BMW, Mini or any other brand which offers Pre-Paid Servicing:

If you would like more information or would like to see my calculations in detail, then please don’t hesitate to come into one of our branches. We would be more than happy to discuss the advantages and pitfalls of Pre-Paid plans with you.

Previous Post: What You Need to Know When Buying Tyres
Next Post: Is your car’s air conditioner prepared to face the heat this Summer?