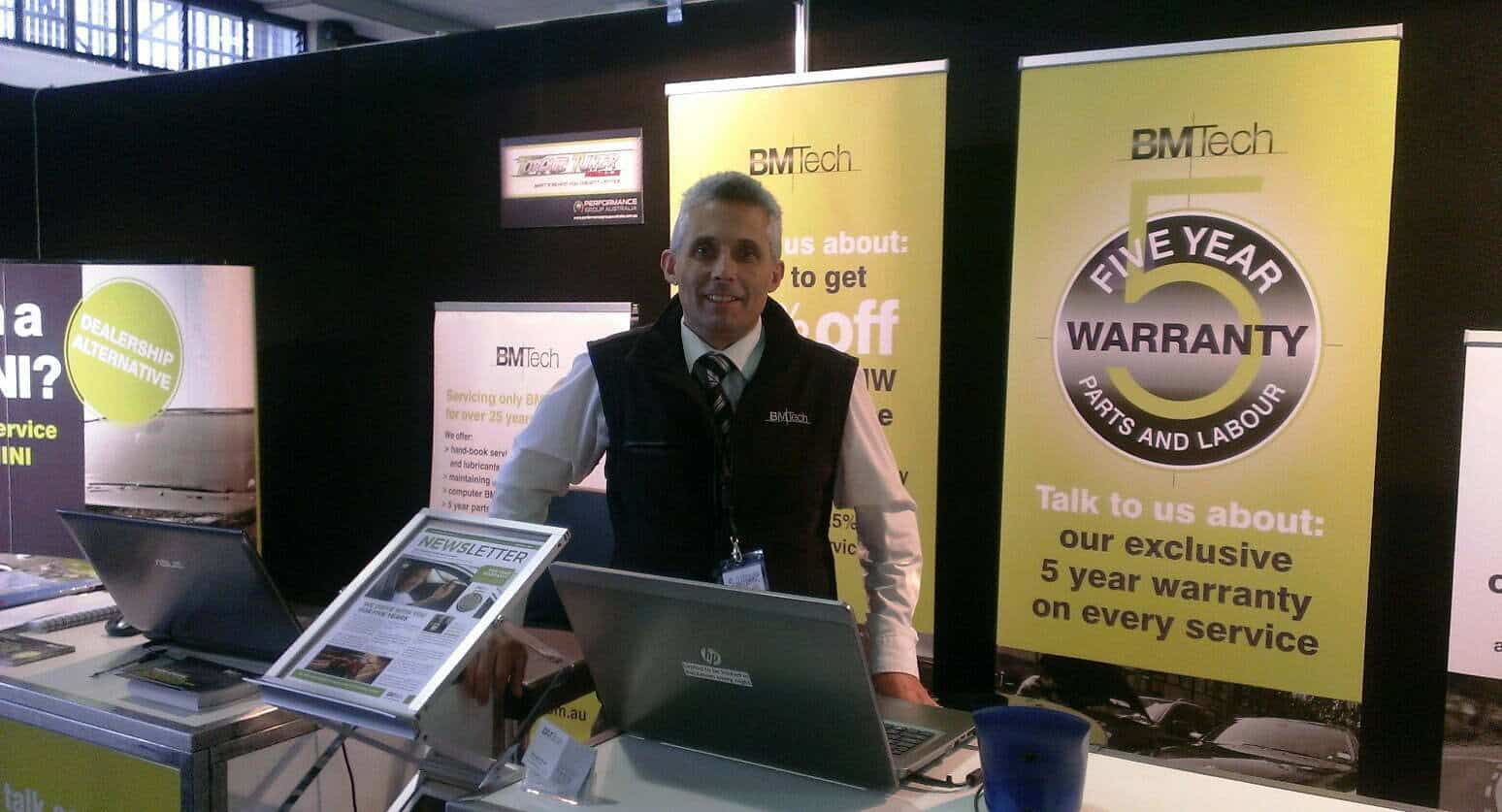 The Australian Motoring Festival was held in March at the Melbourne Showgrounds and we were fortunate to have secured a display stand in the retail hub pavilion to showcase BM Tech to the public.

This event was formed with the cooperation of the RACV and the VACC to re-introduce a new-style motor show for Melbourne.

Many of you would remember the fantastic motor shows which Melbourne used to hold every March. This show began in 1935 and for years was such a great event, frequented by well over 100,000 people.

Unfortunately over time, some of the car manufacturers stopped displaying their cars and the show eventually came to a disappointing demise in 2011.

I think an international city like Melbourne definitely needs a motor show.  These shows are a great way to see and check out the latest models and give the public a great chance to compare every make and model in one convenient location.

To the RACV and VACC’s credit, I think they have created a unique and novel way to see and compare cars in a new, interactive way. This new motor show definitely did that in ways which I’d never seen before. Being able to roadtest a new model on a test-track was a big bonus to potential buyers and I’m sure this part of the event will only get bigger and better.

What I loved about this show was that it allowed the motor industry to showcase not only new cars, but also showed the public how cars are designed and made to showcasing the latest accessories; it even showcased a vast range of the new and ever-popular e-Bikes , which were a huge hit.

One accessory which I never knew existed was this amazing new mini jump-start battery, the size of which can fit in your pocket, which can start an engine with a dead flat battery several times, and can also re-charge your mobile phone or even run your laptop for many hours. I had to buy one of course!

A big hit was the amazing classic cars on display. Having these cars on show revealed to the public where cars came from and how they have progressed over the years. It was a real treat seeing these beautifully restored cars all under one roof.

Our display looked terrific and we had a ball meeting many new people over the four days.  We also met quite a few potential new customers including many existing ones who came by to say hello.  Not only were we presenting BMW and Mini owners the benefits of having their cars serviced and repaired with us, but we were also informing everyone about our new products such as the Torque Tuner, which improves low-down performance and the new German-made tow bars which we have recently become agents for.

Judging by the success of the event this year, we are hopeful to once again attend next year.

Even though there only a handful of manufacturers there, I believe this first show was a big success and has laid the foundations for a bigger and better event next year. Rumour has it that BMW and Subaru will display their cars next year! I really hope that all the car manufacturers embrace this new style motor show because the public needs to be informed about the latest models and technology trends, and with electric cars now becoming more and more common, the need to inform and educate the motorist is now more important than ever.

All in all, the Australian Motoring Festival was an important hit for the motoring public and I believe that if every car manufacturer gets on board, it will truly become one of the great international motor shows on the world calendar. I’m already looking forward to the next one!