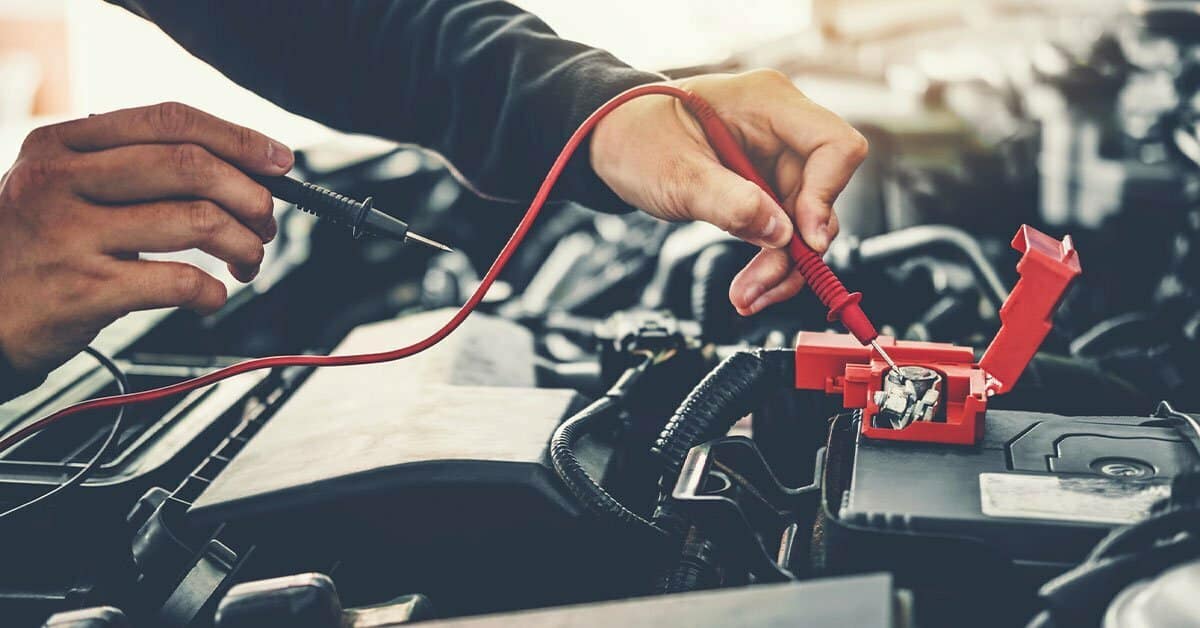 How Long Do Car Batteries Last?

Forever! If only. There’s nothing more frustrating than turning the key in the ignition and getting nothing in response – and always when we’re running late. Given our reliance on their good health, it’s reasonable to ask how long car batteries last.

Here’s the answer. A new battery can be expected to keep the engine turning over for around four to six years. But, of course, it depends on the conditions the battery is kept in and the type of driving you do. Let’s go deeper.

How do car batteries work?

A simple turn of the key kicks off a chemical reaction that generates electricity. Specifically, your car’s battery contains cells – most likely six. Each cell holds a lead dioxide plate and a lead plate. These cells are submerged in sulfuric acid (the catalyst, for those taking notes), causing the lead dioxide plate to produce ions and lead sulphate. These ions react with the adjacent lead plate to create hydrogen and more lead sulphate. This chemical reaction produces electrons that race around the plates and generate electricity, which then flows out of the battery’s terminals to start the engine, turn on the lights and play the radio.

Still with us? Let’s move on to the factors that affect battery life.

What affects the life of a car battery?

How long car batteries last depends on a number of factors. Car batteries don’t like it too hot or too cold. In hot weather, the chemical reaction is accelerated so that your engine turns over faster, but it also corrodes faster, reducing the battery’s life. In cold weather, the chemical reaction is slower. You may have noticed on particularly cold winter mornings that you have to turn the key several times before the engine starts. If the battery is in poor condition, it may not start at all. Also keep in mind that older batteries retain water which expands when frozen, damaging the cells.

It takes around eight hours for the alternator to charge the battery. If your car is mostly used for short trips, it’s likely never able to reach a full charge. This can lead to sulphation, which happens when crystalline deposits form on the negative plates and prevent the battery from charging properly.

Cars these days are like a computer on wheels and come with more options for entertainment than the average living room. There are screens with DVD players, auxiliary jacks to charge and listen to phones, GPS systems and Bluetooth capability, not to mention all those computers which control the engine, transmission and the whiz-bank safety features. All of these devices draw on the electrical output of the car’s battery. If you’re one of those who only use the car for short trips, a gadget-heavy cabin will most certainly further shorten the battery’s life.

Leaving those lights on

It’s a palm-to-the-forehead moment when you step out of the house in the morning and see the headlights have been left on. Or maybe it’s the cabin light. Before you even try the ignition, you know what’s coming. When the engine is off, the alternator can’t charge the battery, and any lights left on can easily drain it overnight. To be honest, though, with all the alarms and beeps that go off in a modern car when you open the driver’s door these days, how can we still be doing this?

How long does it take to charge a car battery?

How long it takes to charge a car’s battery to full capacity depends on the amperage of the charger. A cheap linear charger, which plugs into a wall socket and provide a continuous charge without interruption, can have an amperage as low as 2.7. A charger like this will take around 12 hours to fully charge a typical 12-volt car battery.

A car’s battery can drain when not in use. To keep the battery at full charge during these times of idleness, you can use a trickle charger, which is connected to the battery for the entire time it sits in the garage, providing very low amperage to keep it topped up.

Many people also wonder how long they have to run the engine after jump-starting to make sure they can turn it off and start it again later. The answer to this is around thirty minutes. An alternator churns out somewhere between 50 and 100A, so it won’t take as long to charge the battery as external chargers might.

Don’t wait until it happens on the morning of a big meeting. If your car is sluggish to start or the headlights seem dim, bring your car in to BM Tech so we can run a health check on your battery. We’ll also check the alternator to see if it is producing the correct the voltage. If it’s time for a replacement, we can guide you through the options and recommend the best car battery for your circumstances.

Previous Post: Getting hitched? Everything you need to know about towbar installation
Next Post: Sunroof Repairs: A Draining Issue