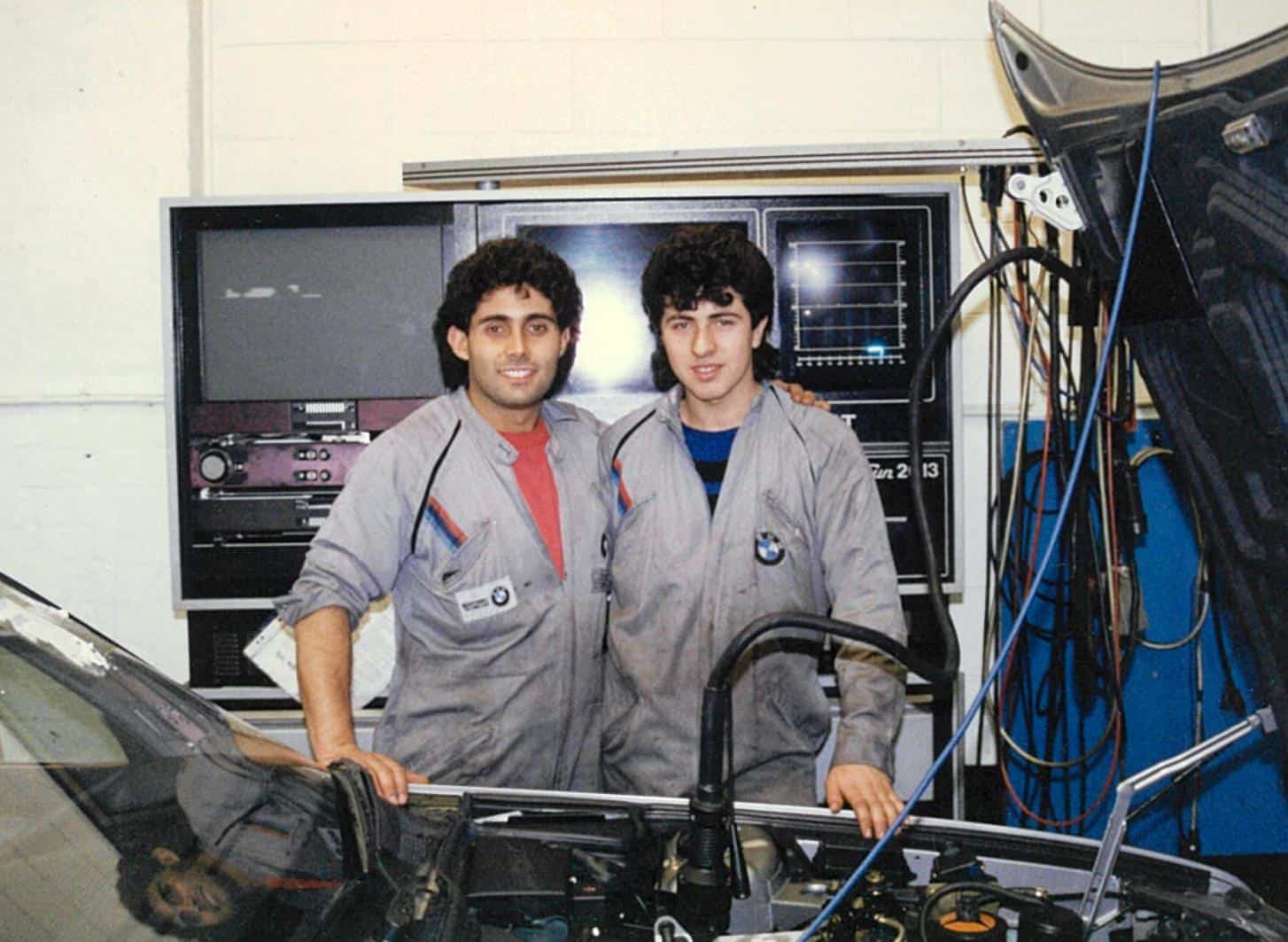 The beginning of a long friendship

When Joe Brogno, owner of BM Tech, was a young mechanic working at Grand Prix BMW in Hawthorn in 1985, a new employee Chris Caruso started and from his very first day as a first year apprentice, was assigned to Joe.

Chris went on to become a qualified Mechanic and a registered BMW Technician. In his early apprenticeship days, Chris would often work with Joe who taught him all his knowledge of the trade.

Joe left the company and started BM Tech in 1987 from his father’s garage in Camberwell, and would often call on Chris to help him after hours to finish off large mechanical jobs. This continued when the BM Tech workshop opened in Box Hill in 1989.

As BM Tech continued to grow and become busier, Chris was being called in more and more to help, so in 1992 Chris was officially offered a full-time job. Joe is glad to say that Chris has been with him ever since; that’s over 30 years with BM Tech – pretty much since we started!

Over the years, Chris developed many skills; from being a BMW Technician, he eventually was promoted to the roles of Leading Hand, Foreman, Quality Control Officer, Workshop Controller and finally, he is now the Workshop Manager at BM Tech Canterbury.

Chris’ biggest strength is his ability to manage and control teams of Technicians to ensure that the work gets done quickly, efficiently and most importantly, properly.

Chris is more than just an employee, he is a good friend and a great mentor to all the staff, and we are so glad that he continually chooses to work with all of us here at BM Tech.

Previous Post: M-Protekt: Ensure the safety of your BMW
Next Post: Digital Vehicle Inspections: Giving our customers more control over their service experience.